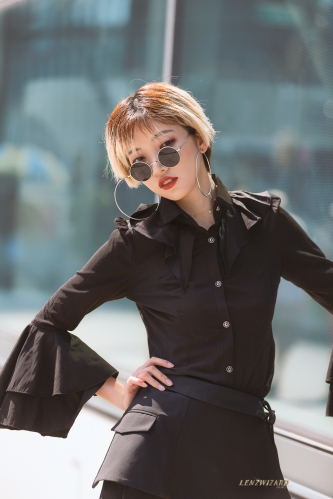 I have had the social media app Instagram on my phone since 2009. I have blogged in the past how I was turned onto IG by a chat/photography friend I had in China. Her name was Grace. We met on Skype and we wanted a way to chat with our phones and I must add that in 2009 there was no Skype app for phones. China doesn’t allow Facebook, so IG was perfect for sharing a photo and sending comments. Over the years I have used IG to grow my photography business and at the same time build a network of friends and acquaintances. While many people open IG and just hit hearts and leave emoji’s in place of comments… and I have to admit I’m guilty of that too, or at least to a certain extent. I do however open IG and actually sit and taken in some of the content that really resonates with me. 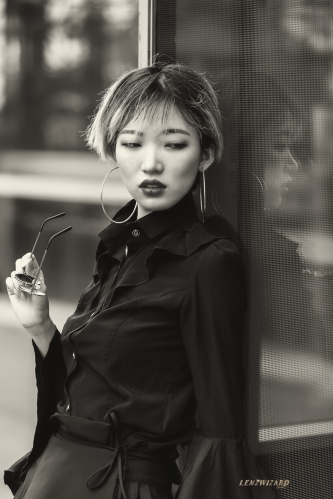 For me IG is about photography, it is not about trying to find a date or sex or love or anything like that. I have to say that now because there many people on any of the various social media platforms who are there to scam money or who are looking any number elicit forms of entertainment. So yeah… for me it is about my passion of photography which also happens to be a business.

So back to my question “can you find a flower on IG?” And I have to say the answer is “yes.”

Sometimes I will sit and troll through hashtags just to see what is out there. Or I may just look at profiles of random people or lifestyles… Let’s just say for example “surfers,” I will look at profiles, look at the locations and most of all look at the photos they are posting. Are they phone shots, Go-pro shots, or are they professional shots. These are all just few of the things that I will look at. Having never surfed I know nothing of that lifestyle, but IG gives me some insight into “what surfers are about today.”And if I like a certain topic I may look at it more than just one time, I may spend a few days looking.

So in one of the IG rabbit holes I ran down about a year ago I came across a female model who I thought was interesting enough to follow. She is Asian and looked most likely Chinese and I don’t know what or why, but she just stood out to me. I would see her post content from shoots she would do with various photographers and she always gave off an authentic vibe, as if she was really into it.

I say “really into it” because sadly as a photographer I get hit on all the time from people who say they want to “collaborate” or “create” and it turns out they are just looking for IG content that is professionally shot and edited and of course they want this content for free.

Anyway moving on… So this model was located in Nova Scotia and I thought to myself “if I’m ever in Nova Scotia I will look her up and see if she would shoot with me.” However the chances that I, a photographer from West Jersey ending up in Nova Scotia would be very slim… But hey, never say never. 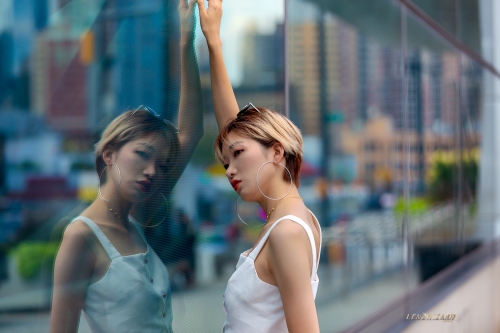 One day I see that this Asian girl (name to come later) posted a plane ticket to Newark New Jersey and I knew this most likely meant she was coming to NYC. So I jumped at the chance to ask her if she would like to shoot with me and create some nice photos. Hey, it never hurts to ask and I have been shot down more times than Zeros over the Pacific. To my surprise she gladly said “yes.” Although this was the answer I wanted to hear, now I had to put together a plan lol.

Turns out she was going to school in Nova Scotia and came to NYC on student exchange to study at the Fashion Institute of Technology, however she is from China and her name is Zhan (Chan).

After a few weeks of settling in and getting acclimated to NYC we planned a shoot. We conversed back & forth via IG messenger (not my favorite form of messaging). I did what I always do and chose a location and then researched the hell out of it to make sure it would be a good place to shoot. I chose the Javitz Convention Center in Midtown Manhattan. I was limited because of… well let’s just look at the logistics of the shoot.

She in in NYC going to Fashion Institute of Technology and having limited resources as most students do, she could not travel very far, so I had to go to her. I had visited the Javitz Center many times, mostly photography seminars. I had often thought “how nice it would be to have a model right here and shoot.” So I need to plan out how I would get there and how she would get there and then after all the planning I need to create the dreaded “plan B.” Not to mention wardrobe makeup and all that jazz. So “yes” while I need to make a plan I also know I should not get my hopes up too high because the failure rate of TFP (time for print) models showing not showing up for that first shoot with a new photographer is very high. For me it runs about 50%.

Amazingly enough it all came together, she brought two looks and I provided a third look with shoes & sunglasses for one of her looks. She did her own makeup and hair and we were good to go. I parked on the Jersey side and took the ferry across to NYC and I also brought an assistant to carry and watch over my gear bags. I sent a ride to pick up Zhan and her friend and it was as easy as that. We all met inside the nice cool Javitz Center and talked for all of about 5 minutes and out the door we went.

My biggest fear was that security would chase us away; because we were literally shooting by the taxi line and then Zhan was standing up on top of the cement walls… she would go anywhere I asked her too. I might add plan B was that if we were told to leave we would all just grab an Uber to somewhere like Union Square and just shoot in the park with all the people. However plan B was never needed and we shot inside an outside at the Javitz Center with no problems at all. Well almost no problems…

As I first started to shoot the sun was on a high angle with not a cloud in the sky. I had checked and calculated the sun angle days prior to the shoot so I knew exactly where it would be and I was hoping for a cloudy day. However there was not a cloud to be seen all morning. I fired my first shot at 11:51am and I was really fighting hard to keep her face out of the sun and get a good background at the same time. And then within a few minutes the clouds arrived. I saw her face turned from harsh to even light and I looked up that sky to see large clusters of clouds rolling in over the city. What a relief! So the sun was really the only problem we encountered and even that turned out to be minor.

We moved around a bit to change up lighting and background and we found ourselves down on the lower level but still outside. The only people down there were cigarette smokers looking at their phones and relaxing. We ran through the three different looks that we had planned and while shooting the last look Zhan started to “go flat” as I call it. She just didn’t have the posing anymore and I could see on her face she had enough. So I just said “we’re done, you’re looking flat and we’re not going to push it any further.” She understood and agreed and this really is something I would like to point out.

I learned a long time ago that when the model is “flat” your shoot is done. And in all fairness as per our planning we said in the beginning we would shoot three looks in two hours and I actually fired the very first test shot standing inside the Javitz Center at 11:45am and the very last shot at 1:39pm. Of course there was some time spent with wardrobe changes, me sending my assistant for cold water and Zhan and I talking and discussing shots. In the end it was all good and we had a bounty of beautiful images to edit.

Although Zhan and I had agreed a TFP shoot. I still provided the Lyft service for her to & from the shoot and gave her enough to buy Sushi for her and her assistant’s lunch.

Yes I did find this wonderful Asian flower of a model on Instagram and I look forward to shooting with again soon. She is the first model I armature model I have come across in a while knew who Coco Rocha is. I know that sounds crazy, but that is the reality of my experience in meeting armature models. Some will say they’re “doing it for fun” and that is fine. Others will say they are “serious,” but cannot name a single relevant or current well known model. When I mentioned Coco Rocha’s name Zhan’s face lit up like a Christmas tree… and that reaction was so intense. You just had to be there to see it and feel the energy from it. And it was at that moment I knew this girl really into what she is doing.

Will Zhan become a professional model? In talking with her she said “jewelry design” is her passion. However she liked armature modeling because it helps build confidence. And I agree 100% on that.

When I asked where or how did she learned to pose? She claimed “mostly from looking other models and just trying emulating what they are doing.”

So yes she was a joy to work with and a true pleasure to meet in person.

Technical: The shot total came in at 680 and that includes the test shots, out of focus and misfires. I shot using a Canon 6D with EF70-200mm f/2.8L and I also had a few shots with the EF24-70mm f/2.8L. I jumped between manual and aperture priority, but mostly staying in aperture priority. Most times I shot at f/3.2 & f/3.5. There were no shots at f/2.8 because I wanted to make sure the face was well focused, even on those angular shots. I kept the ISO set to auto but most times it would fire at ISO 100 and in a few special shots I set to ISO 50. I used no reflectors other than using the sidewalk to reflect light back of her.

After shooting the Sandisk card was locked and I dumped everything to a wireless hard drive as a backup before I even left the city. I love this method because as soon as I arrive at my PC I can start editing while I am uploading a second backup to the cloud and that about covers the camera/technical. 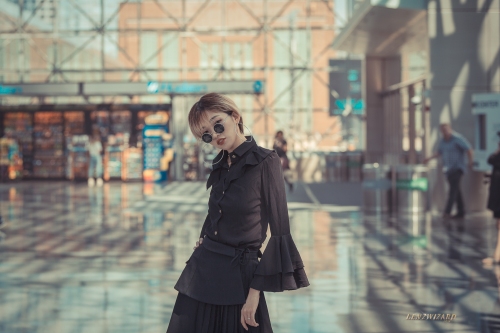